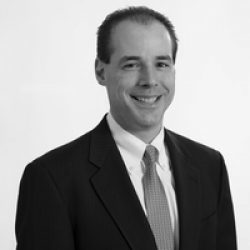 Aldo joined our team in 1994, and is the Manager of our Fairfax office. In addition to his management responsibilities, he is responsible for the production, marketing and servicing of construction accounts. He began his career as a Surety Underwriter with The Aetna, and served as the Bond Manager for a large national broker before joining Marsh & McLennan Agency, known locally as Insurance Associates Company. Aldo previously served on the National Board for the National Association of Surety Bond Producers as the Regional Director for the Mid-Atlantic Region and also served on the Boards of Directors of the American Subcontractors Association of Washington, DC and the Associated Builders and Contractors (Metro Washington Chapter) for many years. He continues to be active in many of the local construction trade organizations. Aldo graduated from the University of Maryland in 1987 with a B.S. in Finance and Management Science. He is married and has two daughters. When he is not focused on work, he enjoys golfing and spending time with his family at the beach.