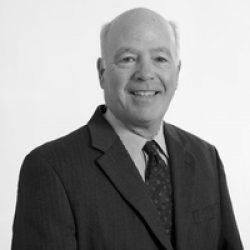 Hugh is a native of Washington, DC (third generation) and was raised in Silver Spring, MD.  He graduated from Our Lady of Good Counsel High School and the University of Maryland at College Park.   He entered the insurance business in 1977 and began his career as an independent claims adjuster.  He went onto adjust claims for a direct writing insurance company and was encouraged to become a commercial insurance salesperson for that company.  He eventually entered the brokerage end of the business when he joined one of the largest, international insurance brokers.  Hugh has focused on the commercial insurance needs of contractors, technology companies, and non-profits among other industry sectors.  He joined Marsh & McLennan Agency, known locally as Insurance Associates Company in May of 2009 to focus on new business sales and account management.   Hugh currently serves on the board of the Home Builder’s Care Foundation (the non-profit arm of the Maryland Building Industry Association) and served as their President for two consecutive terms.  He was the Co-Chair of the Georgetown Preparatory School Parent’s Club and a member of the Father’s Club at the Academy of the Holy Cross.  He currently serves on the board of the Catholic Business Network of Montgomery County and chairs their Fall Golf Outing.  He is a great believer in giving back to the community in which he works.   He is married to Cathy McCann Carroll and the proud father of son, Sean and his wife, Holly, and daughter, Maura.  Sean and Holly just made him the proud grandfather of Aine Rose.