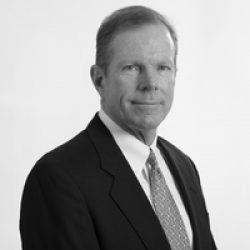 Mike began his career as a Marketing Representative for The Hartford Insurance Group in 1980. Mike joined Marsh & McLennan Agency, known locally as Insurance Associates Company in 1985, and currently serves as an Account Manager with a specialization in handling large construction accounts on loss sensitive programs.  From 1991-2006 he handled the Agency’s largest General Contractor,  helping them grow from 40mm in annual revenue to over 600mm. He received one of the industry's most recognized designations, Chartered Property Casualty Underwriter, in 1990.   Mike graduated from George Washington University with a Bachelor of Science degree in Education and was a four year starter on the baseball team were he earned MVP honors in his senior year.  He is an avid golfer and enjoys competing in local amateur tournaments.